Did you know that you can stop yelling to get your kids to listen?   It’s true.   The best part?  Your kids will start listening more, start respecting you more, and you’ll feel more connected with your child.  In fact, studies show that yelling causes more discipline issues & misbehavior in children.

Your children will even start telling you more, talking to you more, and doing what you ask without making you raise your voice.

I know that it can be hard to stay calm in the heat of the moment when your kids aren’t listening, and you are already fed up with whatever else is going on at that exact moment. 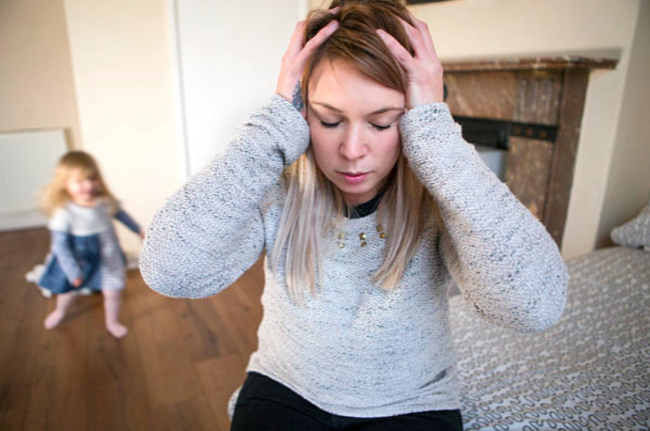 Yelling Usually Occurs Due To An Underlying Issue

Toys being left out?   Shoes on in the house?   Repeatedly asking them to clean their rooms?  Perhaps you are stressed about work, worried about a phone call, feeling under pressure to clean the house before visitors arrive, have lost track of time and you are running late, etc…

Whatever the reason for your worry or stress at the time, the kids end up pushing parents over their limit and the yelling begins.  Oftentimes, we find that the real source of our yelling comes from us.  We are unprepared, we are stressed, we are busy and feel overwhelmed.

The stress manifests and comes out in the form of a raised voice at the people we love.

Many times, yelling can be prevented by getting to the root of the issue & making changes: Maybe prepping dinner in the mornings would lower the stress in the evenings?   Maybe putting everything in the car before you go to bed at night would help everyone get out quicker in the mornings?

Whatever it is, there is often a short window time before the yelling begins, when the frustration starts to worsen.  Once parents are able to pay attention to those signs, they can better control the situation without yelling, which also means without leaving you feeling guilty and your child feeling discouraged. 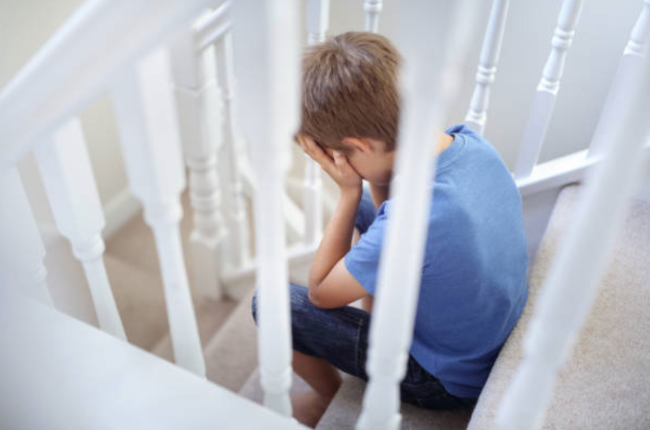 Studies Show 98% Of Parents Have Yelled

Almost all parents yell or have yelled.  In fact, one study found that 90% of parents yelled in the past 12 months by the time that their child was two years old.

That percentage rises to 98% of parents who had yelled or used one or more forms of psychological aggression during the past year by the time that the child is five years old.

If you feel like you yell more than you want to, remember that you are not alone.

We lose our temper from time to time.  Parents yell.  Kids yell.  People yell.  We all lose our tempers in the heat of the moment.    We are human, after all.

The good news is that tomorrow is a new day.

They surveyed, questioned and studied teenagers and their parents.

The participants of the study were 976 adolescents involved in the study.  They were 13-14-year-old, middle-school students.  They were chosen from ten different schools in PA.   The children all lived with two parents.

The children were studied and questioned for the first time in 7th grade, and again a year later in 8th grade.

The study found that the higher the level of harsh verbal discipline, yelling, or insults had been given by the parents (mom or dad) at the age of 13, the more likely the child would have conduct problems and depression by the age of 14, one year later.

They also found that even when a child felt loved and supported by their parents, the negative effect of the harsh words and yelling played a bigger role.   It left more of an impact on the children.   The outcome of the study was that the effect of the verbal discipline was just as strong as if the child had not been loved consistently by their parents.

The reason was that the words, like lazy or other names, or harsh tones (yelling) from the parents often left children feeling worthless, not good enough, and insecure.

Studies consistently show that using positive discipline is better for both parents and children.  Children are better behaved, have better mental health,  a more positive view of life and themselves, have higher grades in school, perform better academically, and are happier overall than kids being physically or verbally punished.

What Is Positive Parenting?

“Positive Parenting is focused on developing a strong, deeply committed relationship between parent and child based on communication and mutual respect.   Positive Parenting focuses on teaching children not just what but also why. Positive parenting means training children toward self-control.” – Barbara Harvey

Positive Parenting focuses on mutual respect and learning for the future, instead of punishing.

When I am trying to explain it, here are some key points that I share (from my own views): 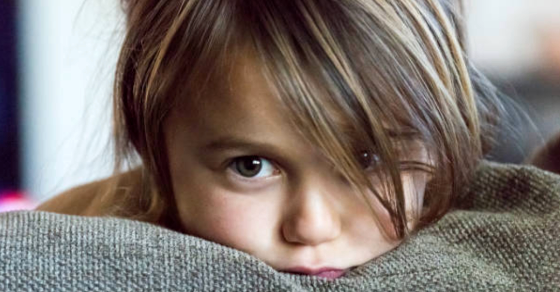 When I was a teacher, I never yelled at my students (I wouldn’t have dreamt of it, honestly!)  I didn’t have to yell.   They were respectful and kind.

How were they such good listeners, when I never raised my voice?

It’s actually more simple than it seems: Rules were set in place from Day One and they knew the rules.  If they broke a rule, they lost a privilege.
I didn’t have to punish them… they were in charge of their own choices.  They knew that if they broke the rule, they were choosing to give up their privilege.

The same principle stands in the ‘regular’ world.   If our kids break a rule, they lose a privilege – maybe electronics or a play date.  I don’t need to yell at them, because there isn’t anything to yell about.

There were no ifs, ands or buts about it.  Rule Broken = privilege lost.

I reminded my students that THEY are in control of themselves.  I am only the person that is there to help them along the way. 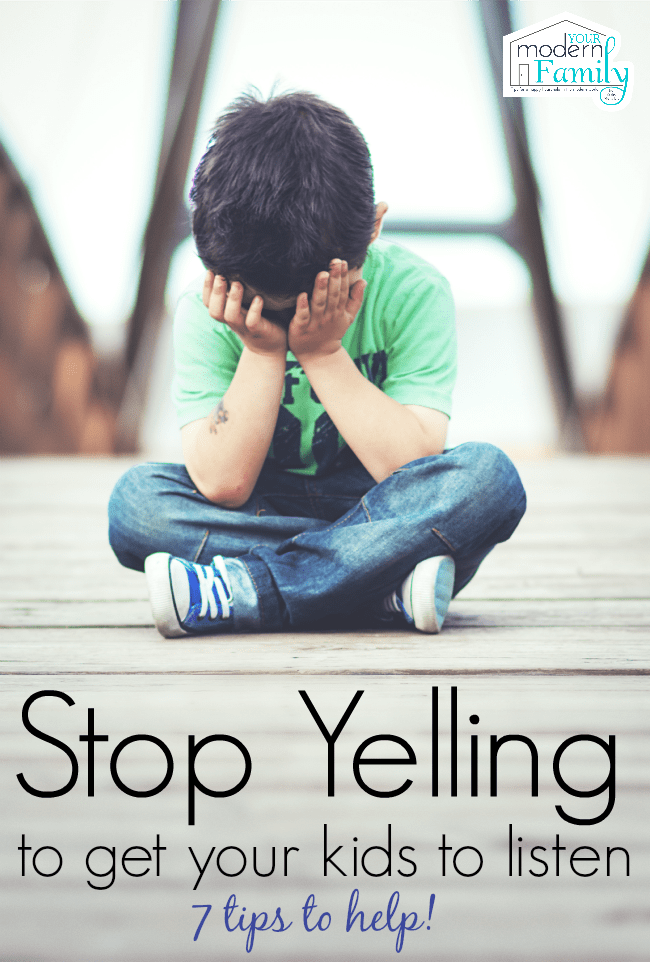 My Story… a little background info about my classroom:

In the first school that I ever taught in, we had this idea of asking our first-grade students for input.

My students told me about which privilege would be lost (from doing the wrong thing),  which rewards were gained (from doing the right thing), when those things would take effect, etc…   They just had a “say” in how things were laid out.

This lets them have a true part in decision making, so when they did something (good or not good) they knew the outcome because they had helped to create it.

It gave them a sense of ownership.  Here are some things that we did:

The idea is to let them take ownership is a real way to help them achieve success and desire to do so.

THIS WILL WORK IN YOUR HOME, TOO.   You aren’t yelling – you are letting your child take part in what happens and the consequences speak for themselves.

Why Does Yelling NOT Work?

Yelling stems from the loss of control.   It happens to most of us at some point.
Yelling stems from irritation and frustration.
Talking to your kids, in a calm manner, will get you SO much further than yelling.   It will let you have a relationship with back and forth conversation.

How To Get Children To Listen WITHOUT Yelling

When the feeling to yell arises in you, try one of these alternatives:

2. Whisper to get their attention.
Crazy, right?!  I used to do this ALL THE TIME when I taught.   When the kids would become too loud, I didn’t want to yell over their voices, so I would whisper.  I do this now, as a mom.  It causes them to stop whatever they are doing to REALLY LISTEN to what you have to say.   It makes everyone a little calmer.

3- Let their natural consequences speak for themselves.
If a toy is lost or broken because it was left out, don’t replace it.   If they don’t get to go outside because they didn’t do chores, don’t “give in”.

Remember- the rules are made and you don’t have to bend them.  Don’t even let anyone know that this CAN be done.
One time, we ate in a different room of the house and our son asked me “Mom- are you sure we can do this?  I don’t think we should be eating in this room.”

They had no idea that I set the rule up in the first place because it was just never questioned.

5- Don’t worry about “The Jones’.”
I see and hear parents all of the time that will say “I just wish that I was more like ___”  but you need to remember that everyone has their struggles.  No one’s life is as perfect as they show on Facebook.   Seriously.   We all lose our tempers at some point (which brings us to #6)

6- Just say “I’m Sorry”
If I feel like I stepped out of line and the punishment didn’t fit the crime (example: Lose electronics for a week because they didn’t make their bed today) I will just say:  “I’m sorry.  I went overboard today.   I shouldn’t have yelled like that.  I thought about it, talked to Daddy, and we decided that two days is plenty, but you also have to do an extra chore today to make up for the one that I had to do for you.”

7- Talk TO your child, not AT your child.
As I was stating above, the best thing that you can do for your child is to sit down and talk to them. It makes a difference once your child is old enough. 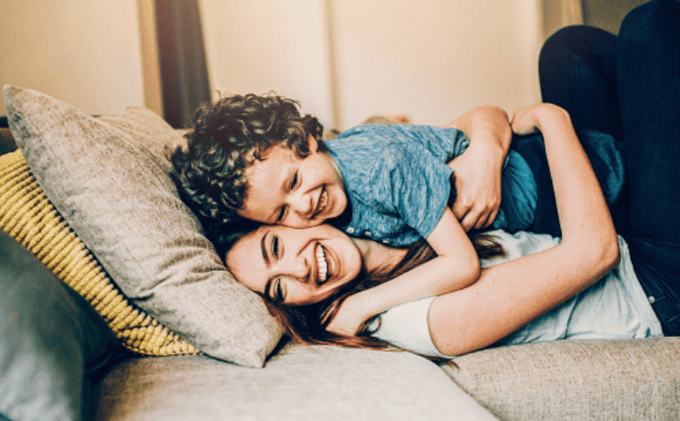 You will lose your temper and patience.
You will raise your voice at one time or another.
You are human.
I am human.
We are not perfect.

Yelling is not a TERRIBLE thing, so don’t feel too bad right now if you are reading this and thinking:  “Oh no. I yelled today.”

The reason I say this is that I don’t want our kids to never hear any yelling or voice raising, because then when they do hear it from a coach or something and they are very scared or nervous from it, that isn’t a good thing!

I will be the best example of love for my children and I know that talking to them instead of yelling at them is one way that I will make that happen.

As my mom says: “When you know better… you do better.”

You are welcome to sign up for my FREE e-mail series on spending more time with your children.  In the meantime, I’ll send you this printable calendar to get you started (free). 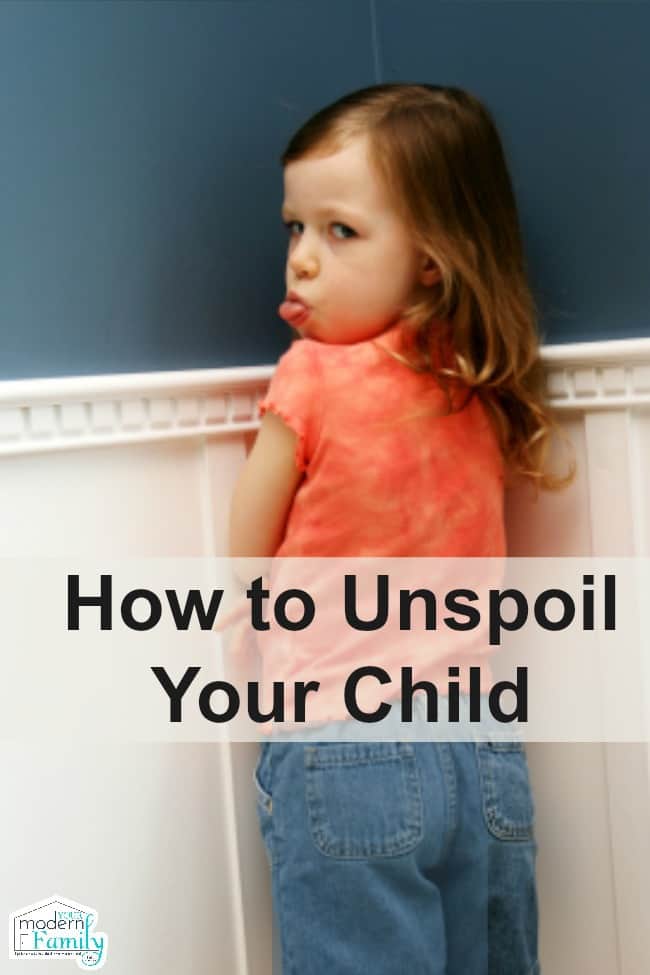 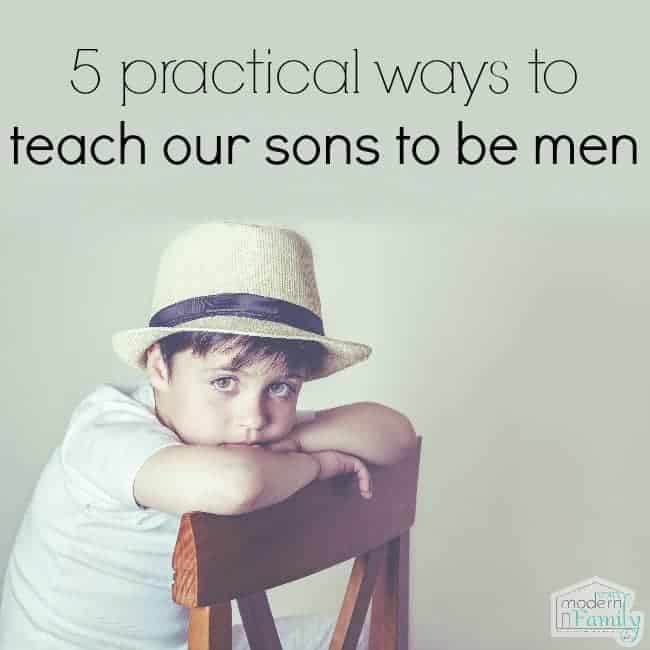 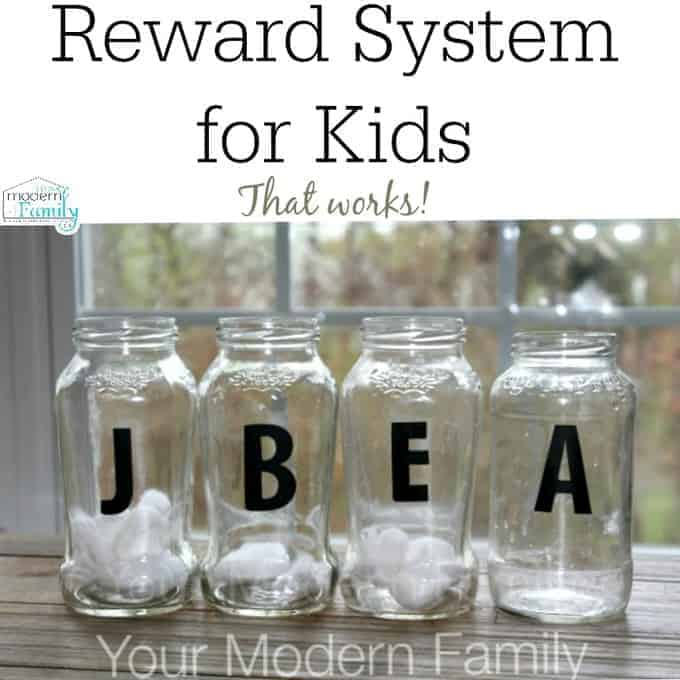 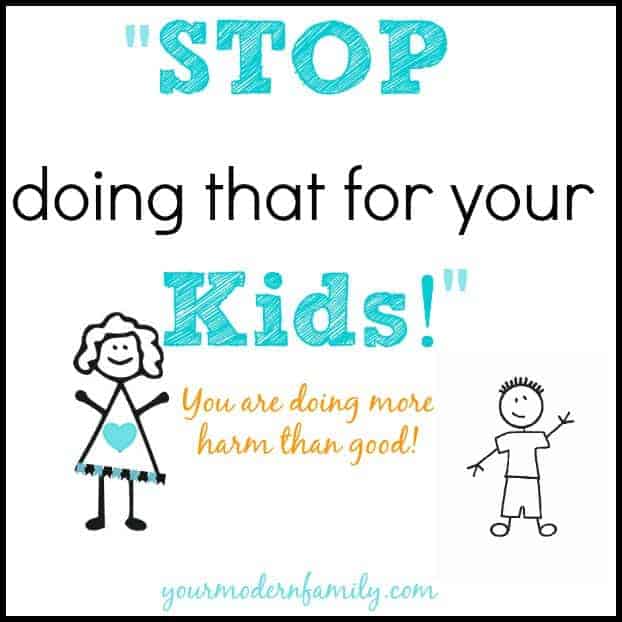 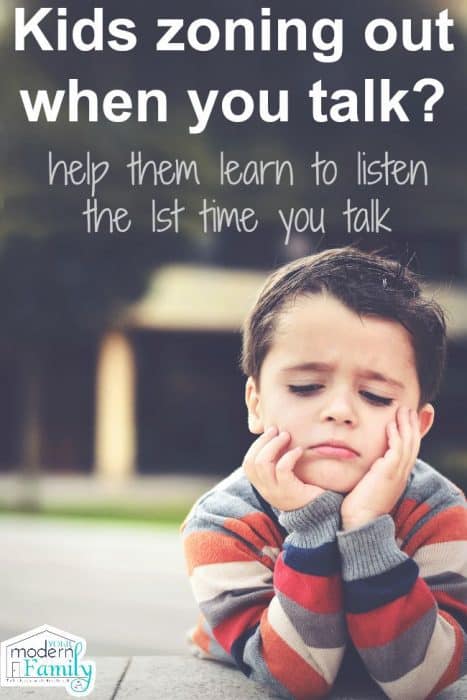 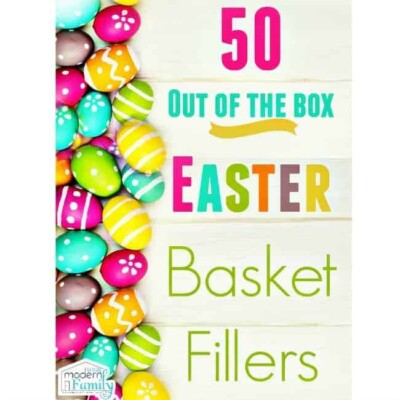 Easter Basket Stuffers that your kids will LOVE! 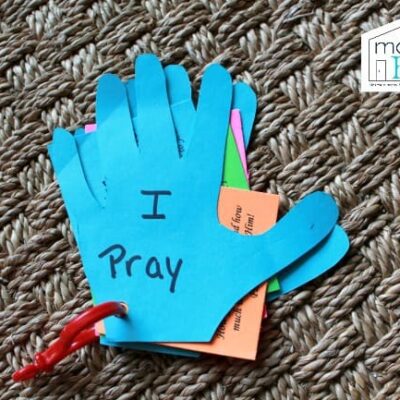 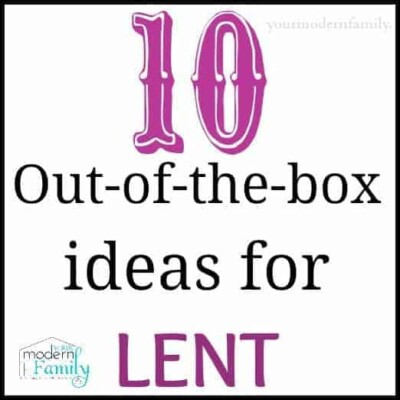 Best Lent Ideas : What to give up for Lent 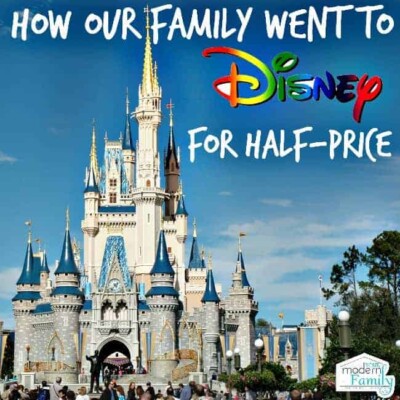 How our family went to Disney for half price