Our kids have gone through stages… they eat everything one week and the next week they no longer like their favorite food. It’s not a big deal for most families, but when you have a very picky eater, you worry a bit. Today, my dad sent me an article on CNN about a boy who went blind from lack of nutrition. 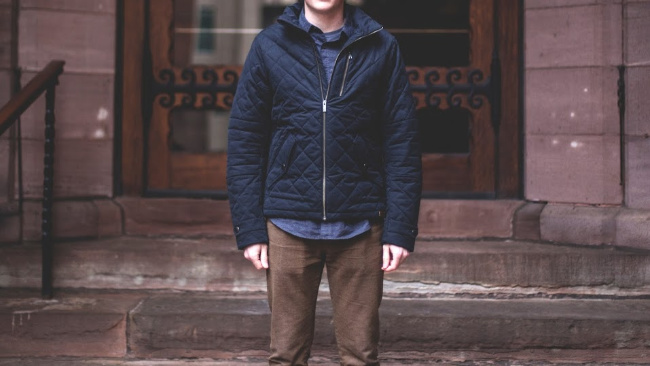 Lack of nutrients (fruits and vegetables) caused a child to go blind.

According to a case report published in the Annals of Internal Medicine, a 14-year old boy went to the doctors for tiredness.   He told doctors that his diet consisted of sandwiches, chips & sausage. To be more specific, he said that he only ate the following foods:

When he first saw the doctor, it was noted that he was not on any medication, he had a normal BMI, he was at a normal height, and he had no visible signs on lacking nutrition. 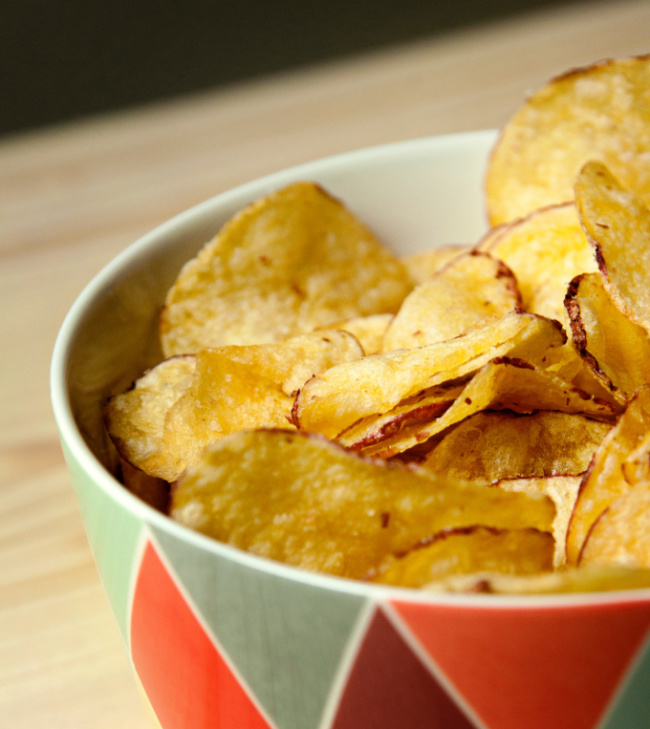 He did show low levels of B12 and anemia, so the doctors treated him with B12 injections and the suggestion to eat a healthier diet.

The following year, the teenager returned to the doctor’s office complaining of loss of hearing and vision, but the doctors could not find a cause. Two years later, at 17, the doctors found that he was now completely blind and it was permanent.    He had also developed several other health issues, such as reduced bone level density and a high zinc level.

The University of Bristol reported on the patient:  “An extreme case of “fussy” or “picky” eating caused a young patient’s blindness, according to a new case report published today [2 Sep 2019] in Annals of Internal Medicine. The University of Bristol researchers who examined the case recommend clinicians consider nutritional optic neuropathy in any patients with unexplained vision symptoms and poor diet, regardless of BMI, to avoid permanent vision loss.

The researchers concluded that the patient’s ‘junk food’ diet and limited intake of nutritional vitamins and minerals resulted in the onset of nutritional optic neuropathy. There is a need to pick up on eating problems such as these as early as possible so the issue around limited textures and tastes can be addressed.”

A bad diet is worse than drugs, alcohol, and tobacco combined

According to a report by the Global Panel on Agriculture and Food Systems for Nutrition, a poor diet stands to pose a greater risk to our health than alcohol, tobacco, and drugs combined, as it can lead to fatal illnesses such as heart disease, certain cancers, and type two diabetes.

CNN reported that in Africa, “an estimated 45.4% of deaths among children under five can be linked to poor diet” where they found that “highly processed foods make up 65% of the average food basket,” meaning most families there are eating highly-processed foods.

Poor Diets are responsible for more deaths than smoking

The National Public Radio reported that “About 11 million deaths a year are linked to poor diet around the globe.  As a planet, we don’t eat enough healthy foods including whole grains, nuts, seeds, fruits, and vegetables. At the same time, we consume too many sugary drinks, too much salt, and too much processed meat. 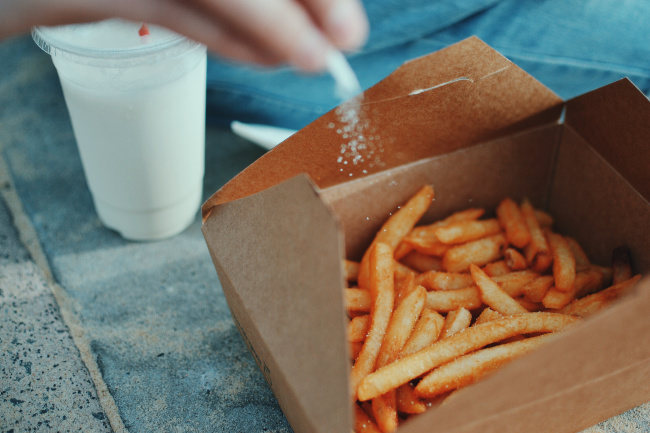 As part of a new study published in The Lancet, researchers analyzed the diets of people in 195 countries using survey data, as well as sales data and household expenditure data.

“This study shows that poor diet is the leading risk factor for deaths in the majority of the countries of the world.  [Poor diets are] a larger determinant of ill health than either tobacco or high blood pressure” says study author Ashkan Afshin of the Institute for Health Metrics and Evaluation at the University of Washington.

Mickey and I have always been interested in nutrition and how it impacts the way that we feel.  We have learned which foods give us energy and which ones make us feel sluggish.

We have studied gut health and how certain foods can change our bodies and even our brains. We eat a lot of plant-based foods and we try to limit our junk food, sticking to a mostly clean diet.

However, just because we eat this way does not mean that our kids want to follow our example.

We make it a point to talk to all of them about the importance of a healthy diet (maybe even a little too much, since it is something that we are passionate about.) 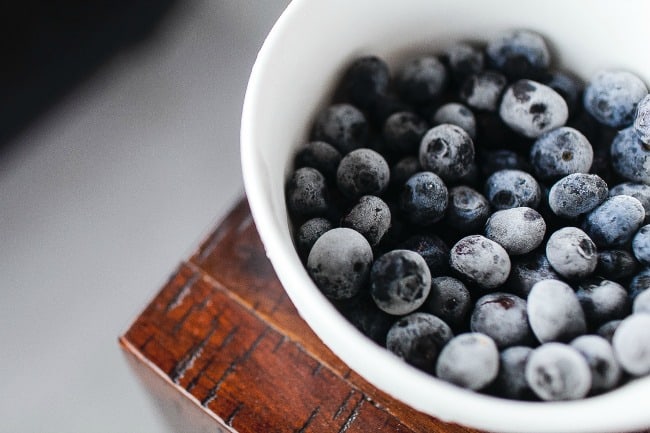 We have four kids. Three of our kids will eat anything that we serve at mealtime, without complaining.

And… we have our picky-eater:
-He groans as soon as he hears the answer to “What’s for dinner?”
-He slowly picks at his food during mealtime
-He asks for pizza almost every night.

It would be so much easier to just give in, but I know that he will soon eat without complaining.  We won’t give in and let him stop eating healthy foods.

When our second child was born with hypertonicity, Mickey and I had him at the best doctors and hospitals that we could find: Duke, Chapel Hill, etc…  Finally, we met a doctor who would change our lives and his.   His diagnosis of our son, advice on therapy and a plan of action were so helpful.

Once, when our son was around two years old, he began talking to us about the importance of his diet.  Knowing that we already gave our children many fruits and vegetables, he still told us that we needed to always keep in mind that nutrition and the brain are interlocked.


He said that it was imperative that our son, and all of our children, for that matter, maintain a healthy diet.   He talked about how many cases he saw where poor nutrition played a large part in health issues.

He suggested that we supplement their normal food with a vitamin (he suggested Balanced Essentials) because it provided nutrition that their brains needed.

Our doctor went on to tell us about some of the issues that he had been seeing in his office due to lack of nutrition. He said that it was the root of so many issues… everything from stunted growth to clumsiness to very serious issues.

So, here we are, almost ten years later, and we have a picky eater.

How do you help a picky eater?

First, I always try to remember that maintaining a balance is a good thing.  I bake these soft chocolate chip cookies whenever the mood strikes me, I love to eat ice cream or frozen yogurt at night while I’m watching a movie, and I can’t resist eating a handful of Skittles or M&M’s from the candy dish when I go to my parent’s house. 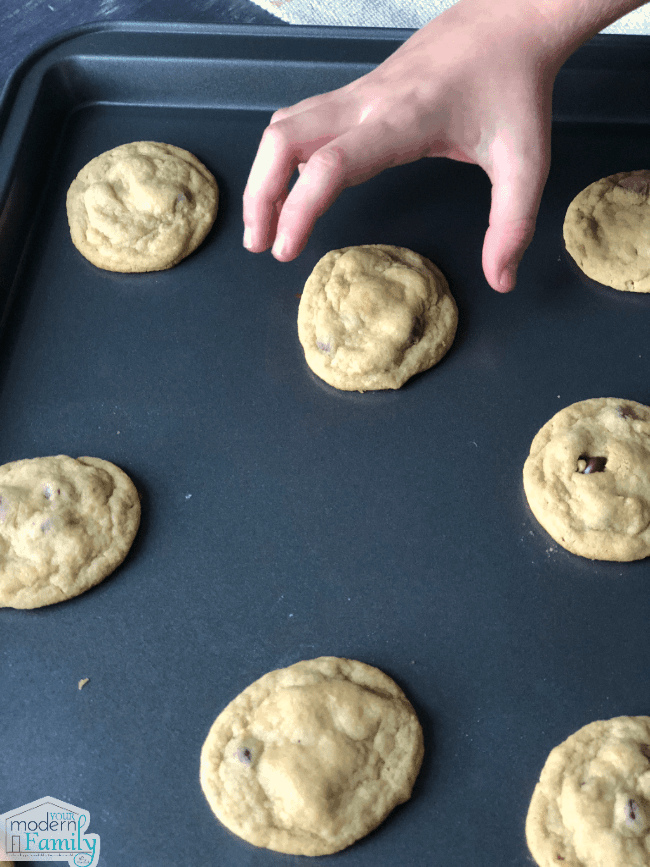 I’m not afraid to have a little sugar, and I don’t want our kids to be afraid, either, as long as they understand that it’s all about balance and moderation.

What do we do to help our son stop being so picky & start eating?

We took away other choices and temptations, and we learned to be consistent.

Let me start by saying that this picky child of ours does not have a texture issue and is not in need of therapy like our other child was when he was younger.  This child is just… picky.  He wants what he likes and he doesn’t want what he doesn’t like.   (In other words: this works for us, but that is not to say that it will work for every child.)

BREAKFAST:  Every member of our family has a smoothie complete with many fruits, vegetables, and plant-based milk.   Our picky eater didn’t like it at first, so to sweeten the deal, I told the kids that they could watch TV in the mornings, but only if they were drinking a smoothie since we normally don’t allow TV on school mornings.

These are the Breakfast smoothies that the kids drink in the mornings. It keeps them full so long & they love them. 😋😋😋 🍓🥬🍌🍇They have grapes, kale, strawberries, pineapple, banana, blueberries, avocado, pea milk & ice. So good!

Yes, having the TV on slows down our morning a bit, but I don’t mind because they are starting their day with nutrients that their bodies need.

LUNCH: His lunchbox is filled with healthy options: a sandwich of some sort, fruit, cut-up vegetables, a fruit squeeze-pouch or piece of fresh fruit, a small container of almonds, a bottle of water and usually a little treat like Goldfish or Pretzels or something sweet.  (Today I packed each of the kids two squares of chocolate for their treat.)

DINNER:  If they do not eat their main course (they don’t have to finish it) and their vegetables, they do not get a snack. It’s not a punishment, it’s just common sense: If you weren’t hungry enough for dinner, you shouldn’t be hungry for a snack.

We do have one exception to the ‘no snack’ rule:  They can ALWAYS have fruit or vegetables for snacks, any time of day.   We try to always have cut up fruit and vegetables ready to go.   Actually, my best tip is to have them ready and displayed in bowls on the table when your kids come home from school.  They will be so hungry that they will run right to them if the other options aren’t there.

We also try to keep a container filled with the ingredients for a smoothie, in case the kids want one during the day. 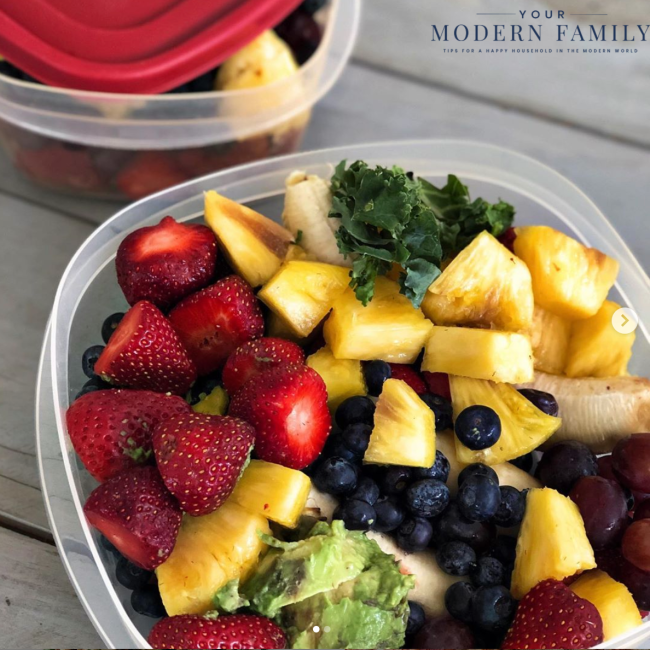 I knew that eating right was important, and I knew that I wanted our children to eat a healthy diet, but I have to admit that I was shocked by the story about the child going blind from lack of nutrition.

I wanted to share it today because I know that so many of us deal with picky eaters.   I know that it is hard to get them to eat the right foods, but it is worth it to find a solution.   If you suspect a texture issue is to blame, I suggest talking to your doctor about a feeding therapist.

In the meantime, try to find fun ways to get the vitamins into your child through new foods or drinks. 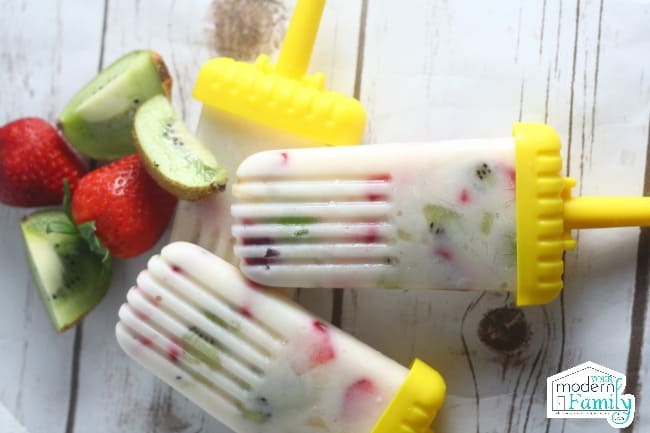 Learn how you can eat healthy, even on a budget. 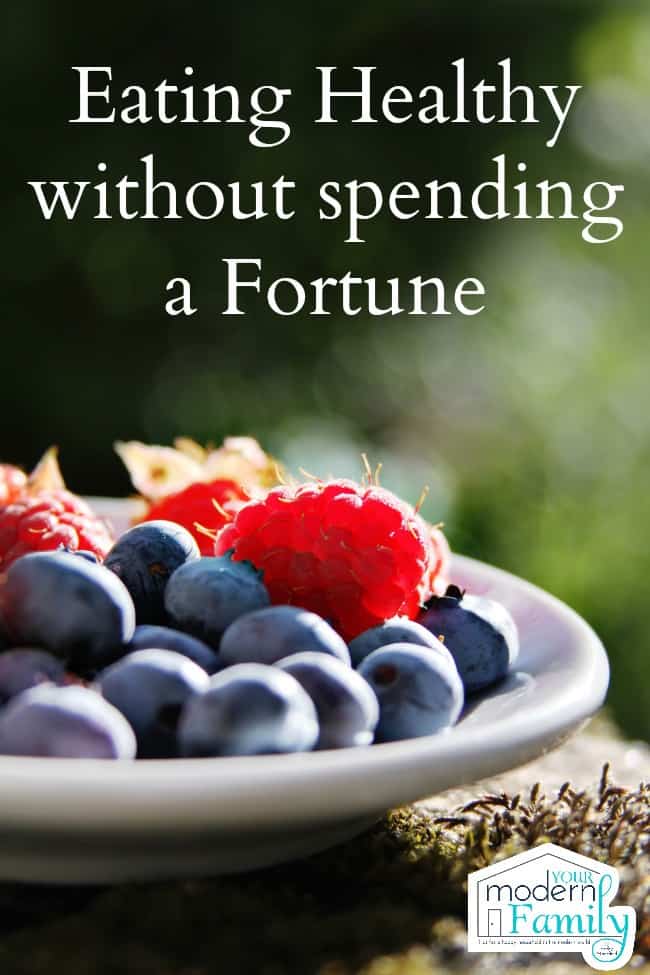 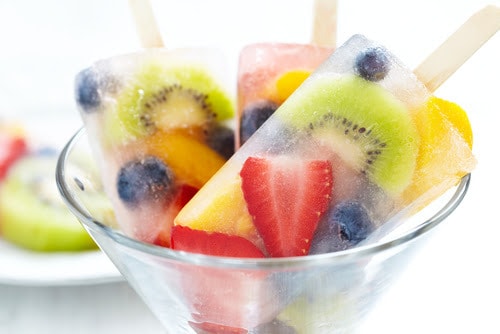 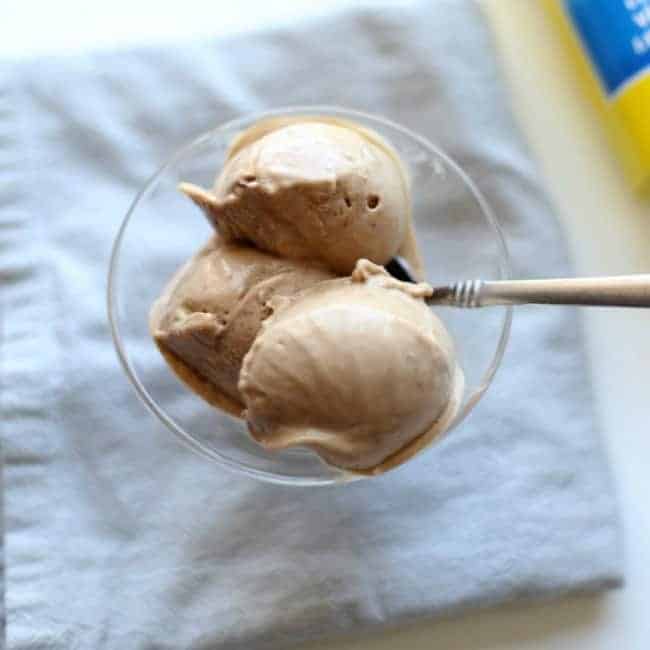 © YourModernFamily.com. Content and photographs are copyright protected. Sharing of this article is encouraged and appreciated, copying and/or pasting articles to any social media is strictly prohibited.
1.1K shares 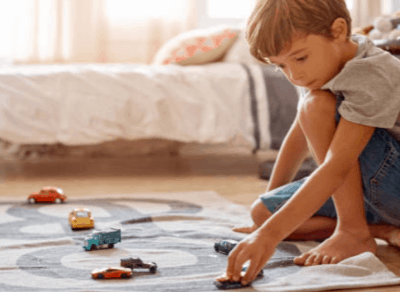 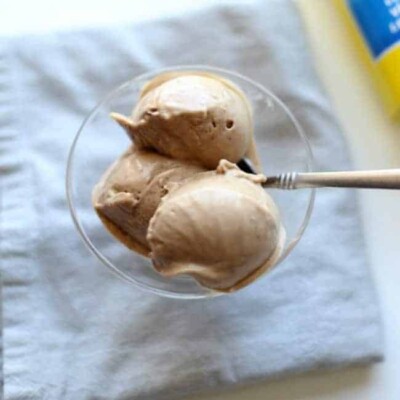 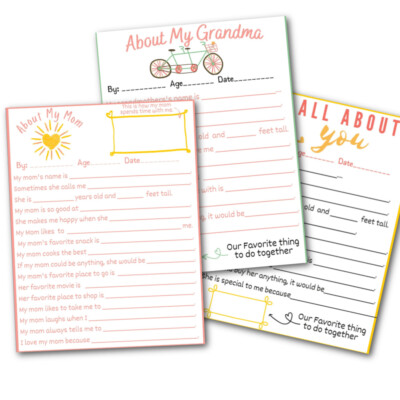 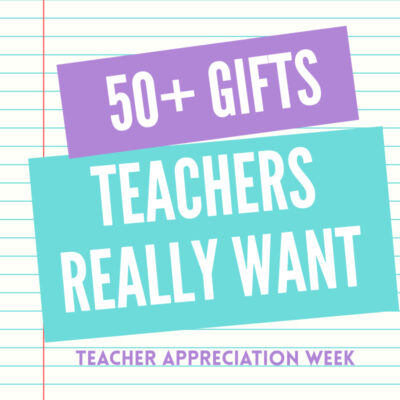