Home » Teach your Kids (Activities) » Let your kids play with their food!

Today I get the chance to partner with Toca Boca, as part of the Mom it Forward blogger network, to bring you an awesome idea: Let your kids play with their food! 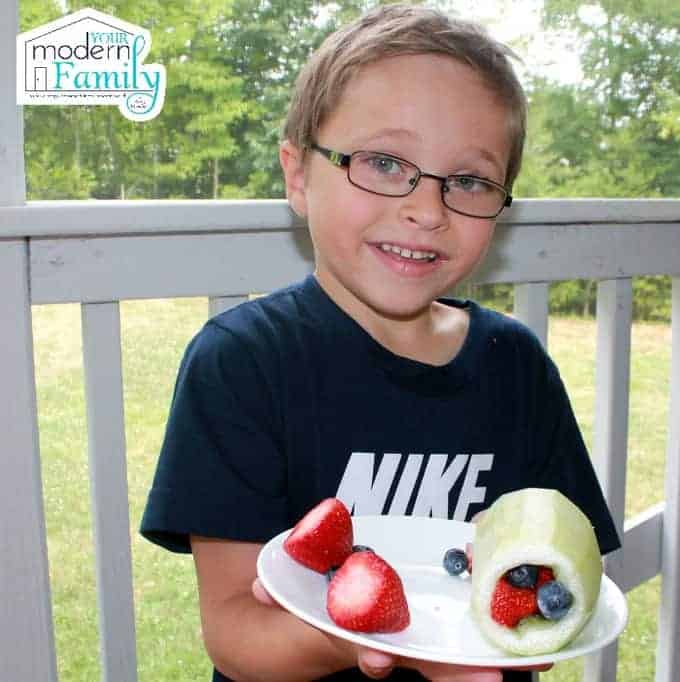 Before you read this, let me tell you that our 6 year old son, Beau, asked me to share this on blog, because he is VERY interested in shows like Cupcake Wars and Chopped (for kids)!  He is just the most creative kid that I know (which is why he uses his creativity kit every single day!)   Well- today he “wants to be famous on your blog” – haha!   So here is my sweet Beau, sharing his cool new recipe with you….

It is really fun to take a step back and let your kids play with their food!   This lets their creativity flow!

LETTING YOUR KIDS PLAY WITH THEIR FOOD & CREATE THINGS without YOUR HELP IS SUCH A GIFT TO THEM.  Our kids used to make “monster soup” which was where they just grab stuff from the kitchen and start making stuff.  It is a huge mess and its awesome!

Our kids are officially on their Christmas Break!  This means that we get to have fun, creating, playing, relaxing, reading and so much more… all while they are home!   We got started right away today!  We stopped at the grocery store on our way home from school and picked up some produce (I know that our days ahead are filled with Christmas cookies and cakes, so I wanted to be sure to keep healthy food in our house for snack time.)

We gathered grapes, apples, strawberries, cucumbers and more.   Then the fun started!   The “Plan” was to make a fruit salad, but they had their own ideas.   I layed out a cutting board, a plate, a kid’s butter knife, a few kitchen skewers, a big bowl on the kitchen counter and I placed all of the fruit in the refrigerator, in bowls.

I also downloaded the Toca Kitchen 2 app on our son’s iPod, because it is all about being creative in the kitchen!   We started talking about what we were going to make and the conversation & creativity just took off.

Our conversation:
Me: “Hey, guys, remember how in Toca Kitchen, you open the refrigerator and grab an ingredient that you need?  What do you want to get?”
Our six year old’s answer “EVERYTHING!”  – He literally just started pulling out all of the fruit and he had a blast trying to figure out how he was going to make a fruit salad!

He started by cutting up the cucumber and he ended up with two sides- a slide that was a huge mess: 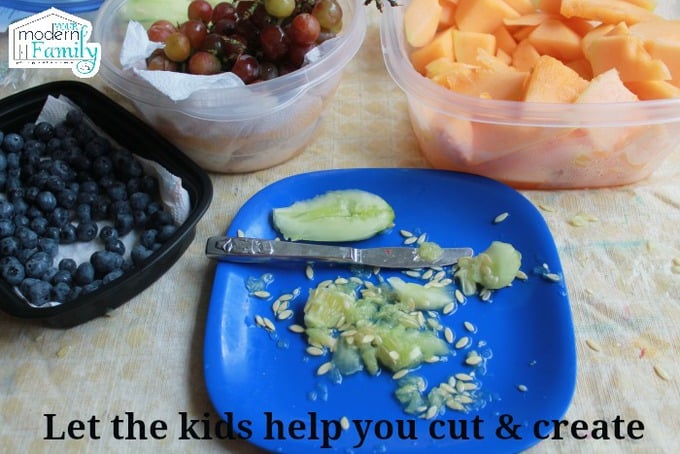 And a side with a hole in it… which he quickly filled with the fruit! 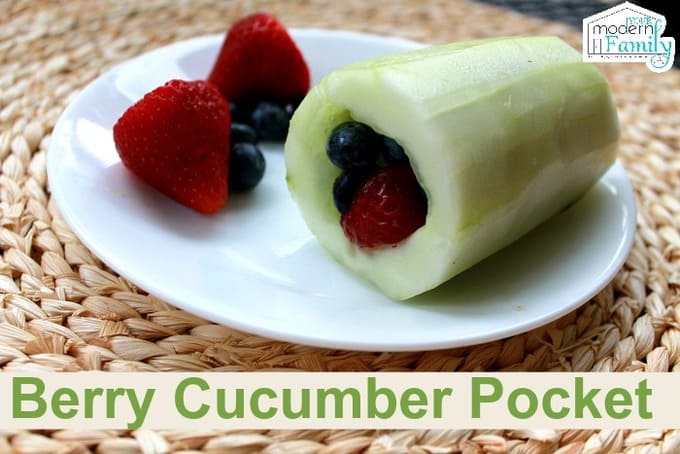 He told me that it was a “Toca Fruit Shooter because it shoots strawberries and blueberries through it like a cannon!”  HAHA!!

He then went on to make some grape cannonballs that were lined up ready to be put into his cannon…  (his brother was planning HIS next big recipe!)

The new app #tocakitchen2 gave us a chance to have some #pureplay in the kitchen! They loved this app and had a blast creating stuff ALL evening! I love open-ended play! @Tocaboca #fun #play #ad #kidsinthekitchen

You should get the Toca Boca ‘Toca Kitchen 2’ app for 99 cents- its awesome!   It has over 75 million downloads to date because its focus is to stimulate kids’ imaginations so they can play in a  SAFE digital environment (without advertising!) 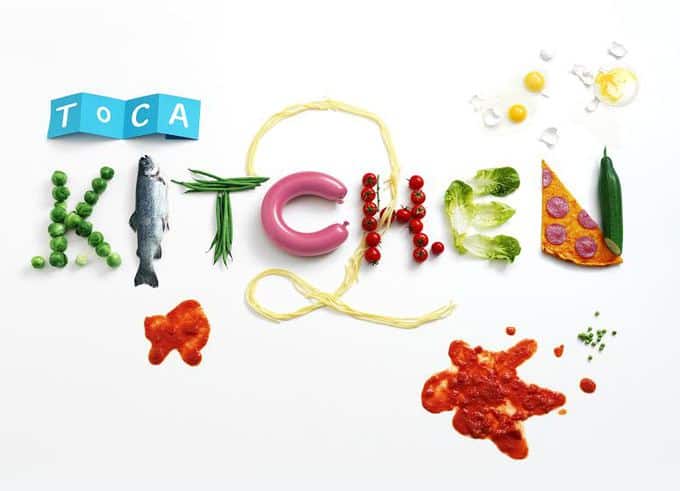 It has fun new guests to cook for, more tools to play with and new food combinations to test out, Toca Kitchen 2 invites all chefs to get messy and start playing.  It is perfect for kids 4 and up.   Kids just select a character and then head into the kitchen. From there, they can select any food item from the fridge to cook or feed the character. With a number of ingredients, 5 different kitchen tools (including a juicer, frying pan and an oven) and a number of condiments/seasoning, kids can get creative. Once their dish is complete, it’s time to feed the characters. Watch them for their reactions!  It’s all about open-ended, kid-directed fun! 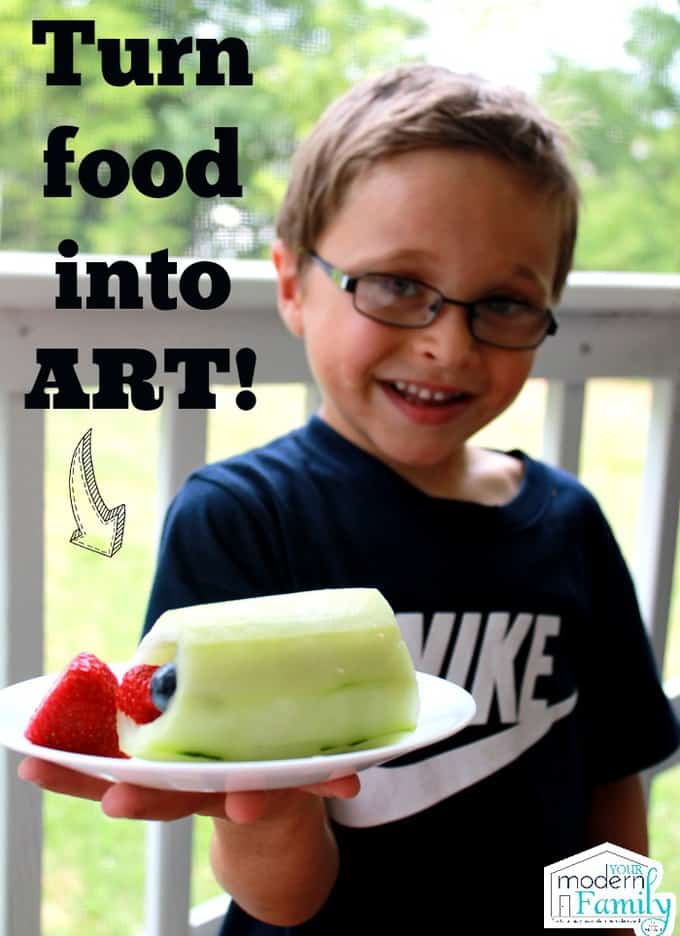 Your kids are going to have a blast!  So just find a recipe, get the ingredients, download the app and let them create in the digital world and then in the ‘real world’ while you supervise!  Kid-invented recipes are the best kind!   They are so much more creative and ‘out of the box’ thinkers than we are, so watching them make their creations is so much fun! 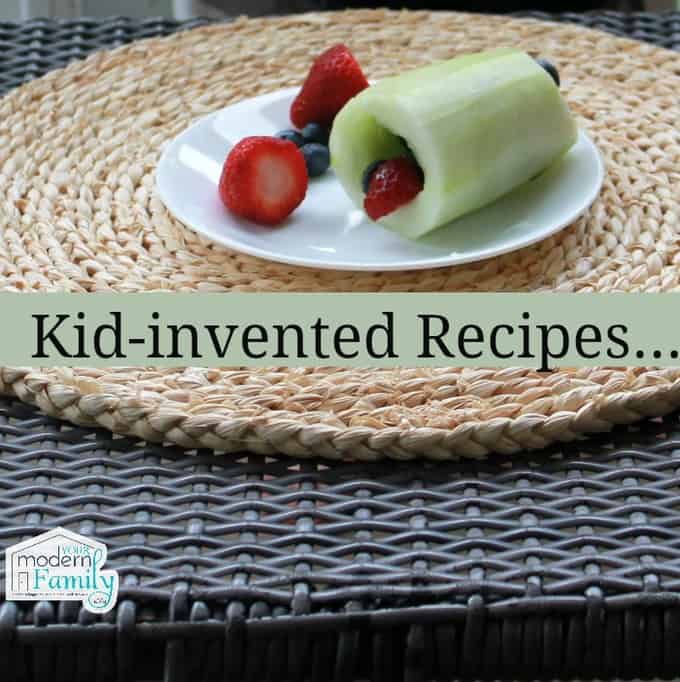 What do you think you’ll make? 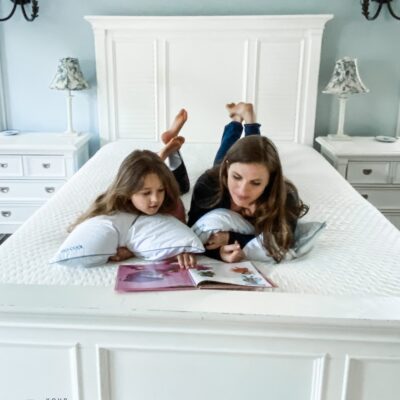 What Your Sleep Style Says About Your Personality 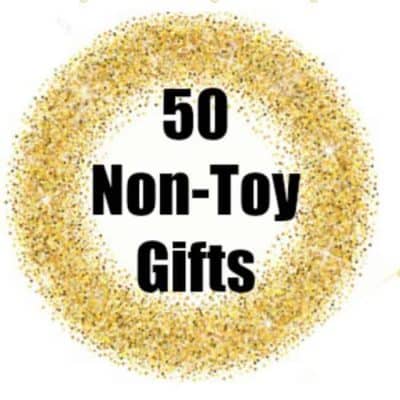 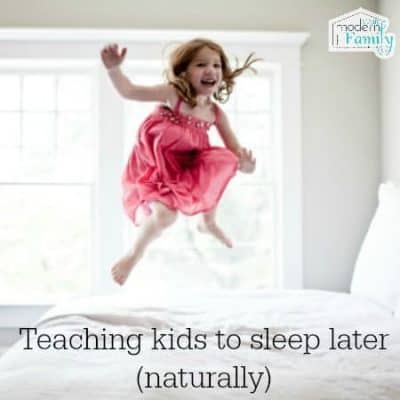 Kids waking too early? Try this trick – it really works!