All that our kids really wanted for Christmas last year was a piano.  They all put it on their Christmas list (and to be honest, I wanted one, too.).   In December we all welcomed a new digital piano to our house (they use headphones… yay!) After all… studies show kids are smarter if they learn music.  It helps with brain development, motor skills and more. 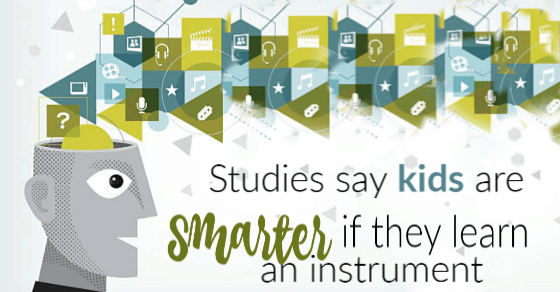 I grew up playing the piano, but after not playing for many years, I certainly wasn’t in a position to teach them how to play.

Should Kids Take Piano Lessons or learn an instrument?

Learning to play a musical instrument is important, but only if the child shows interest.  Studies on parts of the brain show that music makes you smarter.
I wouldn’t make a child take lessons if they are truly uninterested, but if there is any interest at all, jump on the opportunity.
I personally wish that I had stuck with it longer – I wish I could just sit down at the piano and play anything, but kids don’t’ think about these things.  They don’t think that playing the piano as an adult will benefit them (even if it’s just because it brings them joy).

So… Let’s look at the evidence.

At the end of the training, all the children were able to perform simple melodies by Beethoven and Mozart. When they did they were then subjected to spatial-temporal reasoning tests calibrated for age, and their performance was more than 30% better than that of children of similar age given either computer lessons for 6 months or no special training ”  This means that simply listening to music or taking music classes has a profound impact.

2- SLOW THE AGING PROCESS
The auditory neuroscience laboratory of NCBI also found that adults aged slower when they had played music education. The study was done on adults ages 60-83 and the “correlational results suggest a strong predictive effect of high musical activity throughout the life span on preserved cognitive functioning in advanced age.”

3- HIGHER BRAIN FUNCTION
A Harvard Study found that music improves the grey matter.  When children practice extensively from childhood through their careers, they have higher gray matter volume differences in motor, auditory, and visual-spatial brain regions when comparing professional musicians (keyboard players) with a matched group of amateur musicians and non-musicians.  In fact, structural brain changes occur after only 15 months of musical training in early childhood.

According to Wikipedia, “Grey matter contains most of the brain’s neuronal cell bodies. The grey matter includes regions of the brain involved in muscle control, and sensory perception such as seeing and hearing, memory, emotions, speech, decision making, and self-control.”

4- SLOW DECLINE OF MEMORY,  HEARING LOSS AND ANXIETY/DEPRESSION
ABC News found that participants of a study who played music from childhood could reverse or slow the decline of memory loss, as well as hearing loss.  They even found that it reduced depression & anxiety.

5- INCREASE MATH SCORES
Martin F. Gardiner & his coworkers at the Center for the Study of Human Development at Brown University completed a study that showed that playing an instrument helped second graders with math – the scores of those who played the piano had a significantly higher score than their peers that did not play the piano.

7- INCREASE SELF ESTEEM
After piano’s were giving (free of cost) to a group of students, they measured the results of those students with the piano against the students in the test group without the piano & lessons.   “The results indicated that piano instruction had a positive effect on children’s self-esteem and school music marks” ~ Journals at SagePub.

Here are three tools to help your child to learn to play the piano:

These tools make learning the piano just a little easier for your kids (and yourself!)  I am sharing three affiliate links to tools that we have that have worked well for our family.

1. The ONE Light Keyboard
Our kids love this!  We hook up my phone to the piano (via the cord) and it shows them the song that they will play.  While they are practicing, the keys on the keyboard light up so they know which keys to press.  It records how they are doing on the app (on my phone) and either says “Perfect” or “Missed”, etc…

It offers some powerful educational functions in the Free APP of the electric portable keyboard piano-professional lessons videos, fun games with learning, creative crash course and thousands of sheet music.  You just connect your phone to the piano (after downloading the APP named “The ONE” where you will find everything you need).  It has built-in speakers & songs, so you can play an easy song or a more advanced song, but either way, the teaching is simple, so you can really learn either one relatively quickly.

2. Letters for the keyboard or piano
The stickers are printed on transparent vinyl and coated with a long-lasting adhesive material (that will not damage your keyboard.).  It works for any keyboard & helps kids learn to read music – it really is a great way to help them learn to play the piano. 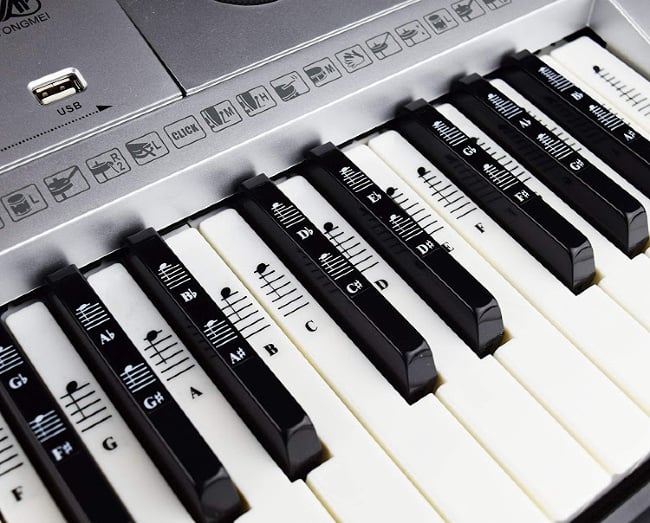 3. Letters for the keyboard or piano

The flashcards Include all notes, symbols, and terms needed for the first two years of study on any musical instrument. Cards are color-coded by category and are numbered on the back. 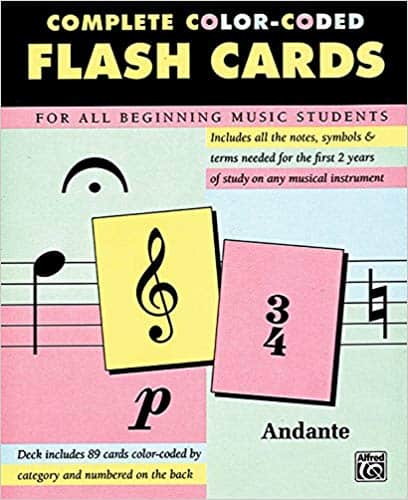 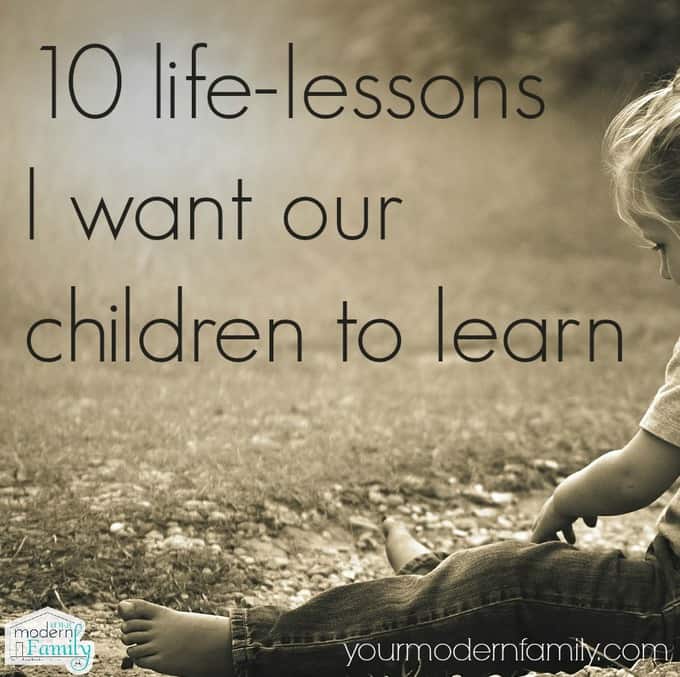 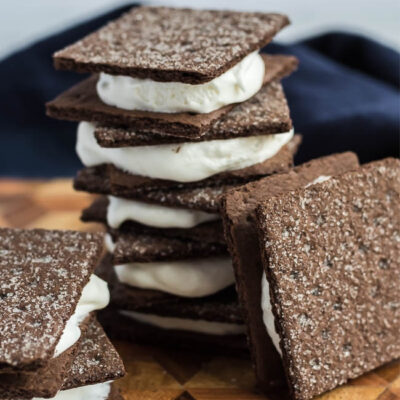 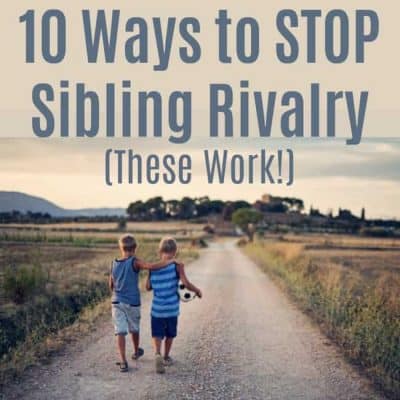 How to End Sibling Rivalry 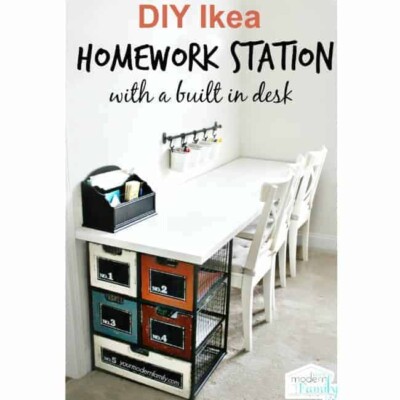 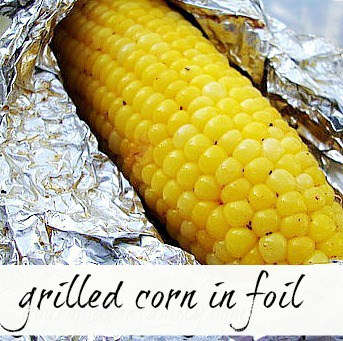